A chicks guide to Comics 2 - must reads
Skip to content 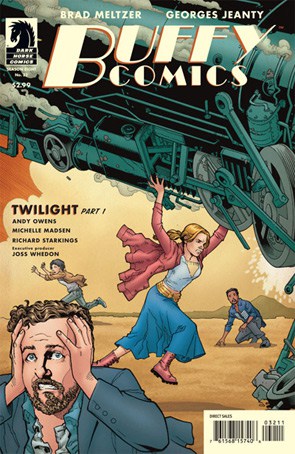 I was so excited to see such an enthusiastic response to A chicks guide to Comics – the primer, from my fellow we hearters. I know we had a few proud chick geeks out there, but I was surprised to see so many new voices join in the discussion! And if you’re looking to pick up a comic and see what all the talk is about, you couldn’t have picked a better time! From big publishing houses to indie internet sites – comics are more popular than ever. Lucky readers are reaping the benefits as the storylines and art found within comic book pages continue to evolve to higher and higher levels as this popularity increases.

As promised, today I am going to share some of my very favorite comics and offer a few suggestions on some on-going series and graphic novels. (If you’re not sure of the terms, make sure to read the primer.) Also, I’ll limit my superhero recs to just a few outstanding examples; but if you’re hankering for some Superman or Wolverine, there are treasure troves of resources online (I highly recommend Wikipedia), that can get you caught up with the current storylines. 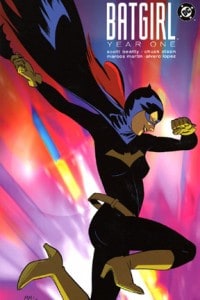 – This is a stunning example of a graphic novel AND my absolute favorite. It’s part of what used to be called ‘DC Elseworlds’ where writers would take standard superhero mythos and put them in different settings. Think Batman in Victorian England, or Superman raised by the Amish. Seriously, I’m not kidding. This particular series is set in the near future and is about a new crop of superheroes whose brand of heroism clashes with the older generations, leading to a battle that ignites a chain of events that changes the world. This will always will be my favorite comic, EVER.

Batgirl: Year One – If you like straight up superhero stories with kick-butt girl power, try this one. The tale of Barbara Gordon, the original Batgirl, this one is is filled with both fun and poignancy. (Especially when you realize what they did to her in the movies. *SIGH*)

– I’m obligated to mention this one. Seriously, they’ll come and take away my Comic Geek badge if I don’t. But there is good reason, this series upon which the movie is based (and stuck fairly close to) was groundbreaking as well as startling in its story and social commentary. It’s a rich, moody and complex and tale by a first rate author with gorgeous illustrations.

Mystery (Okay, with a little superhero thrown in):

– An excellent crime-based drama that deals as easily with superpowers and basic murder mysteries as it does with immortality and the meaning of being human. It’s the story of a former superhero detective and his human partner as they navigate a world where regular people can have superpowers and use them for mundane or major crimes. It’s Law & Order: Superpower Unit. It’s definitely for mature audiences; there’s blood, violence and nudity but not in a gratuitous fashion. These are a little slower coming out and are best read in order; but it’s fascinating and one of my absolute faves.

Friendship, Loss, and What I Learned – Think they’re just all tights and superheroes? Remember the beautiful life of Pedro from Real World: San Francisco? This was back when RW wasn’t all making out in hot tubs and roided-out jerks threatening to hit people. Judd Winick, a comic artist and one of the cast members wrote “Pedro & Me” and it always breaks my heart.

– How about some history? One of the most beautiful comics I’ve seen is Kyle Baker’s two volumes on Nat Turner and his slave uprising. Stunning black and white charcoal drawings with almost no text except for excerpts from Turner’s confession before he was executed. It’s stunning and beautiful and will truly move you.

– Maus, by Art Spieglman, is the story of a young man relating to his father and his father’s experiences in the Holocaust. When you think of stunning storytelling and beautiful art in a riveting format, think Maus. I mean, it won a dang Pulitzer… 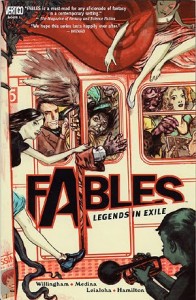 – What if all those lovely fairytales you were taught were actually REAL? The characters of those tales, such a Snow White and Little Boy Blue, fled their world due to a major threat to their existence and are now living in New York among us “mundanes.” Even without its great writing and subtly lovely art, it would be a hoot just being able to pick out all the beloved fairytale characters in decidedly UN-fairytale situations. (AND they have an awesome commercial!)

Death: The High Cost of Living

– This stand alone one-shot is a gateway drug into the beautiful, mystically mind-boggling world of Neil Gaiman and the “Sandman” chronicles. I’ve seen this reviewed as having a very MTV feel, and it does, mostly because it was written in the early 90’s. Death is a favorite character of most readers; upbeat, pretty and not the Reaper that you’d expect. 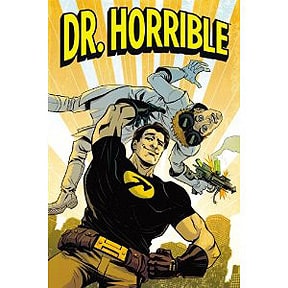 and more: Do you miss the worlds of Joss Whedon as much as I do? Dive back in with the comics that continue the stories and revel in the awesomeness all over again. Not only is there Fray

(my first adult comic purchase – love it so much ~Tyna) the Buffy spin-off set far in the future and featuring the lone slayer (hmm…) of the time named Mel, but there’s also more Buffy! You can read Season 8 (!!) of Buffy the Vampire Slayer set in comic form, letting us know what happens once the world (and the Buffy gang) have hundreds of new slayers coming into their power. Plus you can read the continuing adventures of Angel (want to know what happened AFTER that apocalyptic battle in the series finale? Now you can in comics, read After The Fall – yep, as in the fall of L.A. into hell), two Firefly mini-series AND the amazing “Tale of the Slayers” and “Tale of the Vampires” TPB’s. Oh, and a little Dr. Horrible

anyone? Many but not all of them are written by Whedon, and the cast of writers includes many veterans of Whedon series. And, of course, they all deal with our much-loved and much-missed favorite characters.

There are many more that I could mention but there’s no need for me to hog all the geekery. How about you? What do YOU recommend?

Disclosure: This post contains an affiliate link, a link that gives us a small commission if you purchase the item. For more info, or any questions, please see our disclosure policy. 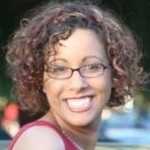 lyssachelle
Alyssa is kinda geeky, kinda girly and all the way in love with her cowboy husband who can say words like, “ornery” with a straight face. She live in Texas and is working on her Masters, being a good cook and the art of looking cute in the morning AND being on time for work.
skin tone: NC42
skin type: oily to normal
favorite beauty product: nail polish and mascara

Latest posts by lyssachelle (see all)