I Work At The Beverly Hills Hotel: Inside the Boycott
Skip to content What does it feel like when one’s dream job is in a nightmare position? I’ve been finding out over the past few weeks. You see, I work at The Beverly Hills Hotel as a server in The Polo Lounge, the legendary restaurant in the iconic 102 year-old hotel. It has been my home for seventeen years, and for the first time in my tenure there our outlook is precarious.

As a lover of old movies since I was a child growing up in rural Pennsylvania, I dreamt of what Hollywood must be like. I imagined bullhorns and soundstages, movie stars in glamorous dress sipping champagne and smoking cigarettes, and I imagined The Beverly Hills Hotel. I never imagined I might work at The Polo Lounge. I never imagined that I even could. In my wildest dreams I couldn’t suppose the stars I’d meet or the heads of state I’d greet. I certainly never imagined that I’d be paid so well to do all of these, and that the benefits I’d get – fringe and otherwise – would be so spectacular. If you haven’t yet heard of the boycott that’s been the subject of news reports from CNN to Time Magazine, it’s about The Sultan of Brunei whose sovereign investment fund, Brunei Investments owns the Dorchester Collection, a group of luxury hotels around the world of which The Beverly Hills Hotel is one.

More particularly, it’s about the Sultan’s enactment of Sharia law in the coming months. This is not good news for women, homosexuals, common thieves or non-practicing Muslims in that country. Punishments including death by stoning, flogging and amputations are a possibility as these laws go into effect.

The Sultan, ruler of his tiny oil-rich sovereign nation (the fifth wealthiest in the world) on the island of Borneo, joins other nations such as The UAE and Saudi Arabia who already have Sharia Law on the books.

Hard to comprehend, right? Of course it is. But then again, so is the boycott.

Hollywood and much of the LGBT community has sent a resounding message against stoning homosexuals by pulling events and refusing to patronize The Beverly Hills Hotel. Expenses at the hotel are currently not being honored by many of the top talent agencies, studios and production companies. Stars are cautioned against being seen there. The city of Beverly Hills has called for the Sultan to divest. How does this affect the Sultan and his politics?

The short answer is that it doesn’t. The UAE, Saudi Arabia, Brunei, as well as many other countries with dubious human rights records, are heavily invested in the West, in hotels and movies, in Apple and Twitter, in Citigroup, Time Warner and Valentino to name a very few. In fact, Qatar Investment Authority (the sovereign wealth fund of the Sharia nation of Qatar) is the lead investor of Miramax. But most of these countries’ money doesn’t come from any of these investments, large as they may be. It comes from oil. It comes from the oil we all use.

And therein lies the both the flaw and the hypocrisy of the boycott. To threaten the demise of The Beverly Hills Hotel does not begin to touch the Sultan financially or politically. We don’t pay his check, Shell does. Using the hotel as leverage is really no leverage at all. How does this affect me?

The Sultan isn’t our boss; he’s our investor. His laws, which are completely not aligned with our code of conduct, do not reach Dorchester Collection properties.

We at The Beverly Hills Hotel are women. We are men. We are gay. We are straight. We are multinational and multicultural. We are the ones who will feel the monetary loss. Profits from the hotel don’t go back to Brunei; they go back into the hotel, to us and to the community.

We participate in AIDSWalk, The Revlon Breast Cancer Walk; we participate in charities and contribute to the preservation of our environment. This leads me to that which I find most hurtful: we do so much to care for so many, but not only those things I mentioned above.

Many of the celebrities, agencies and studios that have forsaken us are those we have taken care of wholly and carefully for all the years I’ve been employed at The Beverly Hills Hotel, plus many more. They know our names; they see our faces almost daily. We have been their bodyguards, their confidantes and their personal assistants. They ask after my husband, my dog.

Some of the celebrities who struck out most venomously against us were some of those we saw most often. I wonder how, knowing us as they do, they have no problem making The Beverly Hills Hotel the face of their outrage? They, to my knowledge, have no problem with any of those companies listed above whose money is also stamped with the blood of Sharia Law, companies who (with the exception of Miramax) have no personal connection to them as we do.

What should we do?

Some have called for us to quit or to strike and join the boycott. We don’t want this. We love our job and the incredible company for which we work. This is the company that recognized same-sex partnerships before gay marriage was legalized by recognizing and offering insurance to the partners of my co-workers. This is the company whose benefits and commitment to equality transcend any I’ve known.

The concern for human rights is commendable. We should all be part of finding a solution for this global problem. The solution starts with our government and others. Reducing our dependency on oil would help, too. But reducing my income won’t help, I promise you.

Where does this leave us?

For now, our jobs are secure. We are presently being compensated for unintended losses. We have also strongly felt a wave of support from many in the community outside of Hollywood, and even a brave few from within it. Most of the star support has so far been tacit – they’ll be back when “it’s safe.” That’s good enough for me; I am thankful for it. This too shall pass. On the other hand, one star has boldly gone where none have yet to go. Russell Crowe, a loyal and frequent guest, announced loud and clear on Twitter that he has no intention of boycotting us. He said he considers us all “friends.” Us too, Mr. Crowe, us too. I thought they all felt that way.

Sherri is co-author of What Would You Do With This Room?

My 10 Foolproof Commandments to Great Interior Design, and of course, a wht writer! 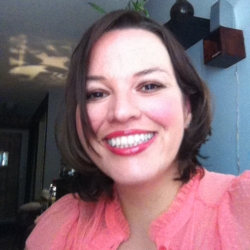 Latest posts by sherrishera (see all)

53 thoughts on “I Work At The Beverly Hills Hotel: Inside the Boycott”