The seventh and final season of Mad Men is almost here: the premiere airs on Sunday, April 13th (well, at least the first half of the split season does). Watching Mad Men has always felt a bit different from watching other shows; there’s something totally immersive about the characters, the culture, the plotlines.

There’s nothing quite like it on television – rarely does style and substance mesh in such a compelling way. Familiar themes of human behavior; lust, anger, ambition, authority, loss; take on a fresh resonance when viewed through the smoky, boozy and tumultuous prism of the 60s’.

In honor of the show’s final season, we’ve curated a mini Mad Men dictionary, containing some of our favorite “definitions” embodied by stand-out moments and characters. Enigmatic: hard to understand, inscrutable. See also: Betty Frances, formerly Draper. The icy-blond beauty queen definitely has her share of haters – we’ve seen her be cruel, petulant, self-involved and kind of a terrible mother. In all fairness, though, can you imagine being married to Don?

It’s hard to figure out what Betty is thinking – a standout WTH moment from Season 1 includes her strange interlude with creepy Glen, hand-holding, locks of hair, and all. And who could forget an angry Betty shooting at the neighbor’s pigeons, all while effortlessly smoking a ciggie? We got a rare look at Betty’s inner vulnerability when she gained weight in Season 5 and faced her own mortality, but now she’s back to her controlled, svelte self. Indomitable: unstoppable. See also: Peggy Olson. My, what a long way Peggy has come. From the mousey secretary of Season 1, unwittingly carrying Pete’s child, to the pants wearing, accidental-boyfriend-stabbing ad exec of Season 6, she’s defied all the traditional roles others have tried to impose on her.

There have been so many memorable moments: highlights include her first effort at copywriting, where she coins “a basket of kisses” for Belle Jolie, and the night she spends with Don in Season 4’s episode “The Suitcase.” She and Don talk obliquely about the baby she gave away, and as the night’s events unfold (complete with a defecating Duck Philips and drunken fisticuffs) it becomes clear what a strong and lasting bond she shares with Don. It’s a suffocating kind of bond, to be sure, and eventually she realizes she has to leave, and yet fate throws them back together.

By the end of last season, though, it feels like Peggy is finally, deservedly, surpassing him. This is deliciously marked by Peggy’s rise to boss-dom in the Season 6 finale, where she walks into Don’s old office, sits down, and looks at the skyline unfolding before her. 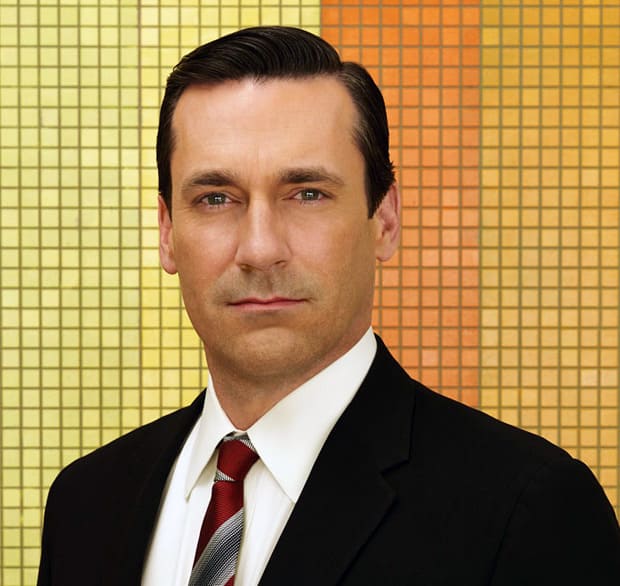 Insatiable: ravenous, unable to be satiated. See also: Womanizer. Duplicitous. Illusory. Enthralling. Don Draper. Ah, Don, the dark heart of the MM universe. His slick, powerful façade conceals a broken, hungry little boy, one seemingly incapable of growing up and taking responsibilities for his many mistakes.

As the seasons have marched on, Don’s become tiresome – but last season’s finale, finding Don basically jobless and desperate to repair his fractured relationships with his kids, might just signal a personal renaissance. In terms of where’s he been, how to even start?

Perhaps with the fact that he stole another man’s identity and kept the secret, successfully, for years. The whorehouse/Dick Whitman flashbacks? The myriad infidelities that define his need for power, control, and possession? His alcoholism? Thing is, even when Don’s at his most heartless, there’s always some great tenderness or sensitivity that bleeds through – actions that ameliorate his many mistakes.

Think of the great Kodak pitch from Season 1, where Don clicks through the carousel of family pictures. That man, the one lovingly narrating lines about family and memory and time, isn’t quite real, but you get the sense he wants to be. Or when he finds out the true cost of Joan’s “date” with the Jaguar exec and tries to stop her – he’s too late, but the whole thing breaks his heart a little. A great deal of the Don mystique, too, is bound to his relationship with Peggy – he is both cruel and caring to her, teacher and usurper.

Much as I want to unequivocally hate Don, I just can’t. Hope springs eternal; we want the fragmented boy to become whole, as best as he can. 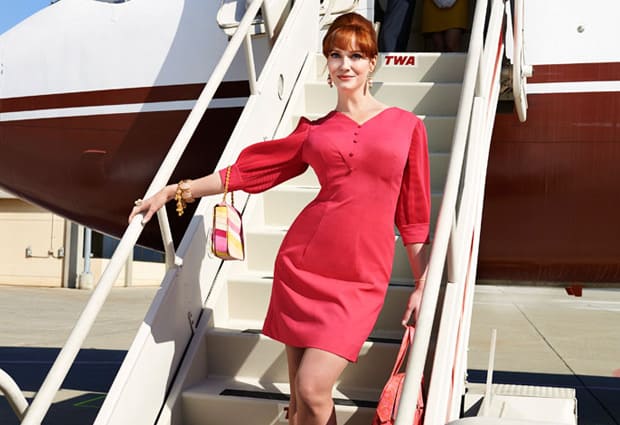 Moxie: energy, know-how, determination. See also: Joan Holloway. Love her or hate her, Joan’s got true grit. In a man’s world, Joan uses all the weapons in her arsenal to get ahead. These weapons include dangerous curves and perfectly applied lipstick, yes, but beneath all that is a sharp and savvy intelligence.

Joan definitely wants to be more than the office Jessica Rabbit, but she’s thwarted at every turn, so she works with what she’s got. Can she be cruel and self-serving? Absolutely. She’s also capable of great tenderness, though, and no matter what’s thrown at her, she perseveres. Her strength is heartbreakingly illustrated when her then-fiancé, Greg, rapes her in the SD offices, back in Season 2, and again via her dalliance with a Jaguar exec to secure an account, and thus her partnership, in Season 5.

And even though she knows Roger isn’t good for her personally (though I will always root for those two to be together), she made the decision to let him be in her life for the sake of their son, Kevin. Surrealistic: dreamlike, strange. See also: hallucinatory episodes from S3/S5/S6. For the most part, Mad Men hews to a fairly realistic setting, but when it goes off the rails into Salvador Dali territory, it’s gloriously wackadoo.

Remember the lawnmower episode from Season 3, when the SD office celebrates landing that John Deere account? It’s all fun and games until a secretary runs over an exec’s foot, spraying blood everywhere, and effectively ends his career. Or, how about when Roger got way into LSD and happily watched the World Series take place in his bathroom, back in Season Five? The apex of surrealism, though, had to have been Season 6’s “The Crash,” in which Jim Cutler arranges for the execs to be dosed with “energy serum” – yep, this is the episode that spawned one of the best MM GIFs ever: a frantically tap-dancing Ken Cosgrove (IT’S MY JOB! TAP TAP TAP!)

we heartsters – There are so many more definitions that could be covered – Pete, Megan, Roger, and the dark horse that is Bob Benson, to name a few! What will you remember most from Mad Men? What characters stand out to you the most indelibly?

Photos and videos: via AMC

13 thoughts on “The Mad Men Dictionary: Defining Our Favorite Moments”