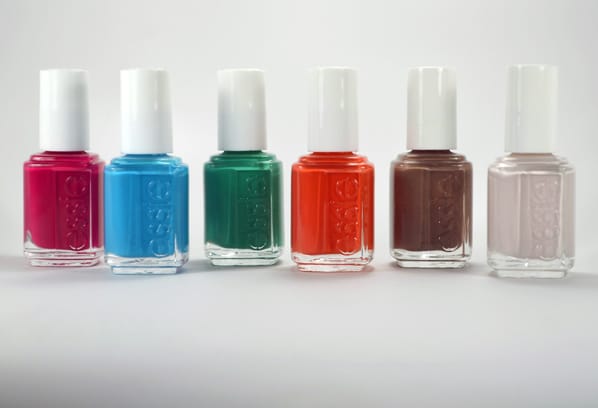 Essie Haute in the Heat – Swatches and Review

Though I look forward to it every year, most of my summer is spent looking at pictures of white sand beaches while I sit in my overly air-conditioned office and try to convince myself that having a California Club for lunch counts as “enjoying the summer.” No fear, fellow cubicle dwellers. Essie has our back with its second summer collection 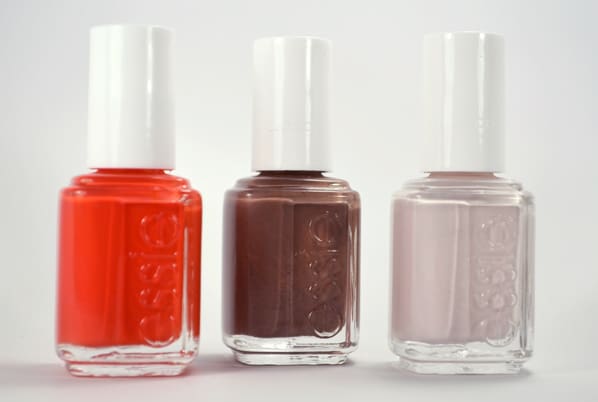 Introducing Essie Haute in the Heat; a mini collection of six shades that are just as appropriate for the beach as they are for the boardroom. (As long as your boardroom doesn’t frown on green nail polish.) 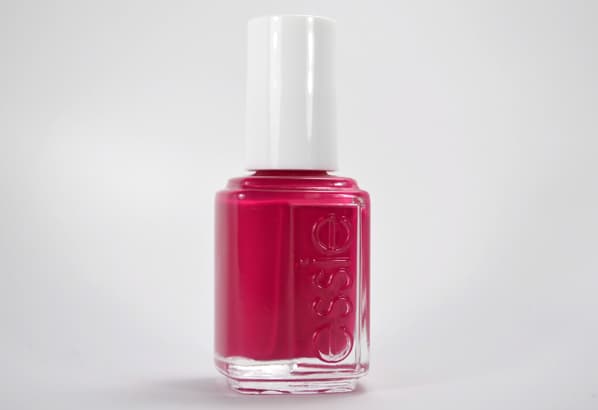 Haute in the Heat – hot guava 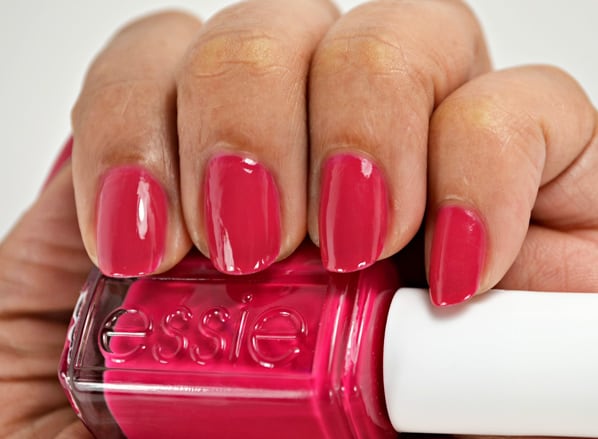 First up is Haute in the Heat’s eponymous hot pink creme. While gorgeous enough to lend its name to the collection, it’s very close to other deep, raspberry polishes, especially Essie’s own Watermelon. This was the only color in the collection that I didn’t have to apply more thickly; Haute in the Heat was nearly opaque in one coat, but all the others needed two coats to hide bald spots from a sheer but fast drying formula. 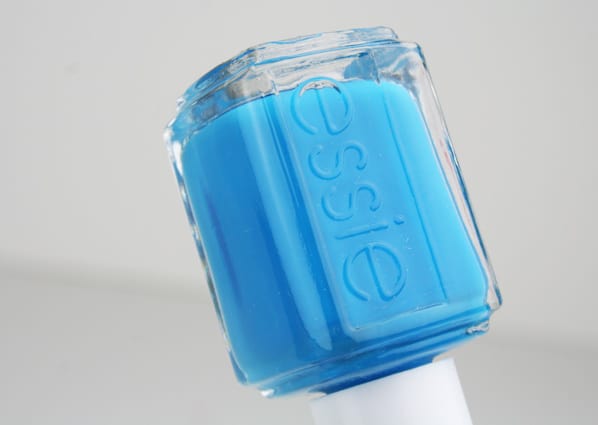 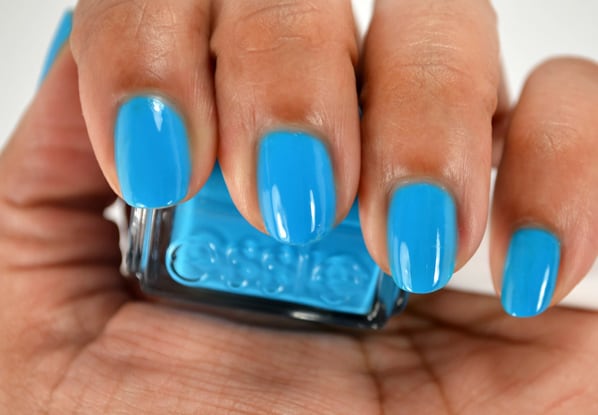 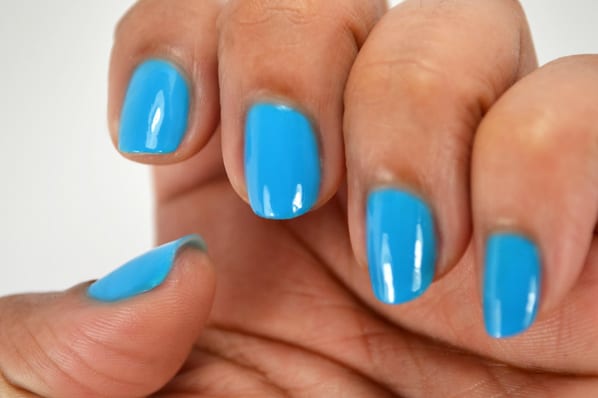 Strut Your Stuff is a bright blue creme that would be perfect for a pop of color in a boring neutral office outfit…a minor nail rebellion! I’ll put together those TPS reports with my red Swingline stapler, but I’ll have fun, super shiny nails while doing it. 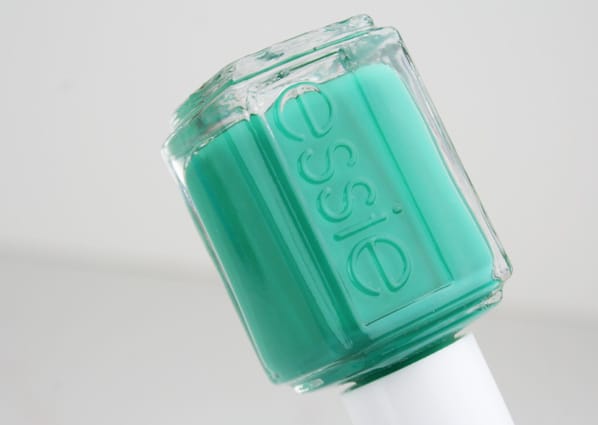 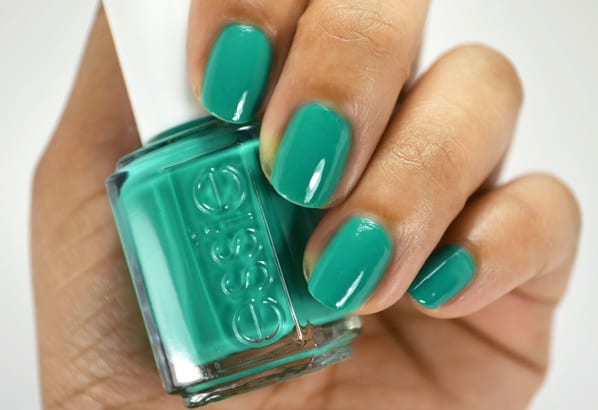 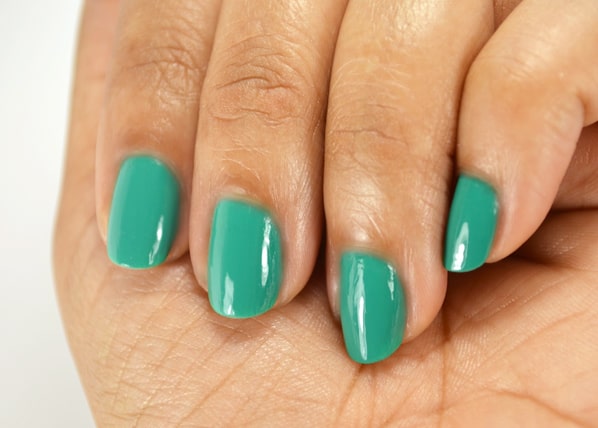 Ruffles & Feathers is described as a peacock teal, but I think it looks awfully similar to Emerald, Pantone’s 2013 Color of the Year. This light jade has just enough neutral in it to keep it from being too bright or giving a sickly cast to your skintone. 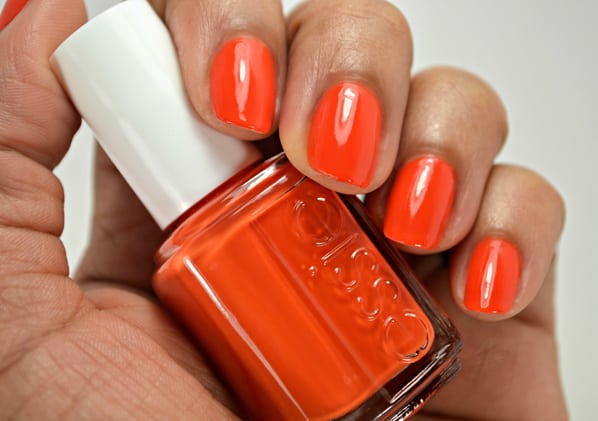 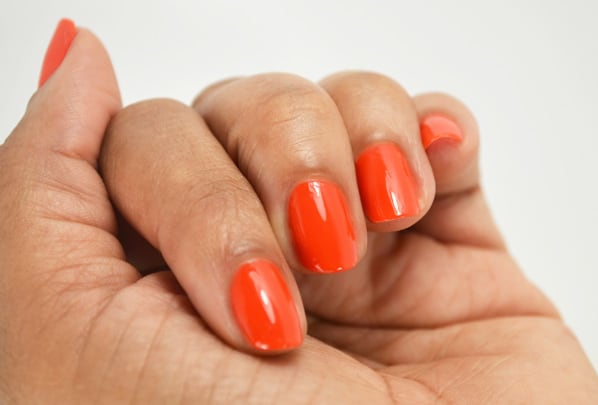 There is nothing neutral about Roarrrrange; a bright, bright orange that almost leans toward a crelly. Orange cremes tend to remind me more of pumpkins than their juicy citrus namesake, but Roarrrragnge is just sheer enough to avoid being flat and boring. 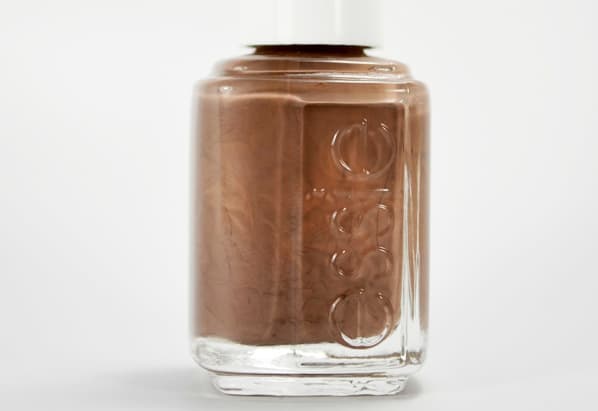 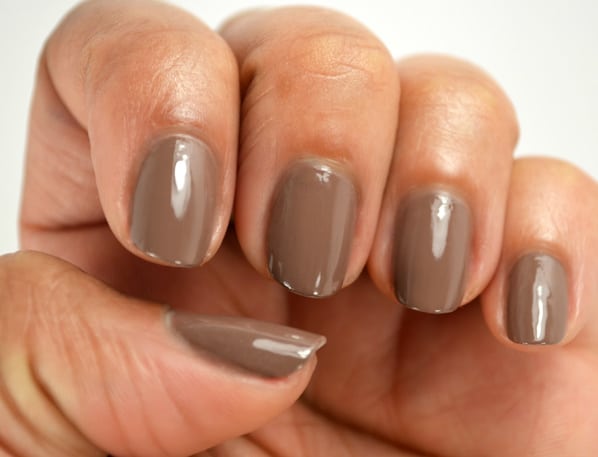 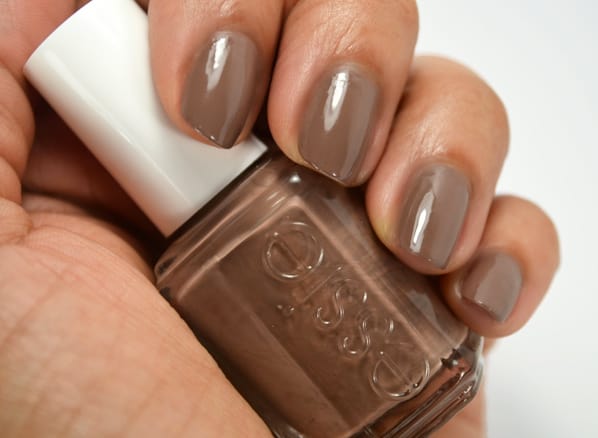 The color of the most perfect cone of dark chocolate gelato, Fierce, No Fear is a surprisingly lovely cocoa brown. (I mean look at it – I just want to take a bite out of the bottle!) This will be a year-round favorite of mine; I can’t wait to pair it with a gold glitter topper, or as part of a reverse moon mani with a soft pink. 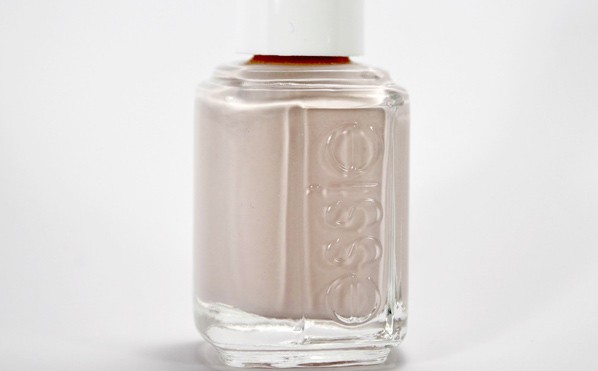 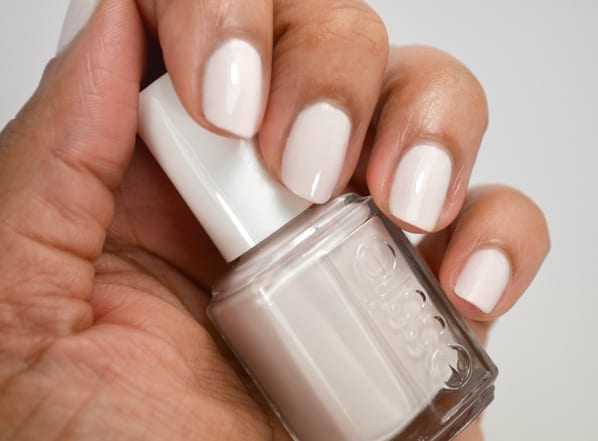 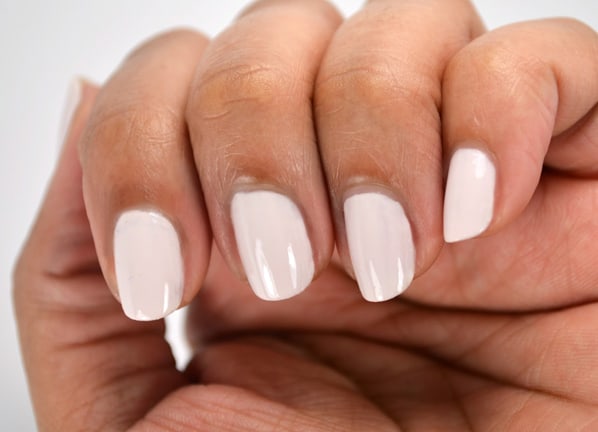 I was fully prepared to hate Urban Jungle. Described as an alabaster orchid, this looked like boring off-white in the bottle; you could maybe call it toasted marshmallow if you were feeling fancy. However, on my nails Urban Jungle picked up a classy, rosy hue that I fell in love with.

Okay, so no nail polish can substitute for cool, blue water and margaritas, but bright, fun nails can make the heat a little more bearable. You might be in Dayton when you want to be in Daytona, but that doesn’t mean you can’t pick up a little sultry and sexy color from the Essie Haute in the Heat line.

What’s YOUR summer daydream, we heartsters? Think any of these colors might help you beat the heat?

photos: Alyssa and Stef for we heart this

lyssachelle
Alyssa is kinda geeky, kinda girly and all the way in love with her cowboy husband who can say words like, “ornery” with a straight face. She live in Texas and is working on her Masters, being a good cook and the art of looking cute in the morning AND being on time for work.
skin tone: NC42
skin type: oily to normal
favorite beauty product: nail polish and mascara
Latest posts by lyssachelle (see all)

The Ultimate Curl Pattern Guide: Figure Out Your Curl Type

Aquaphor vs Vaseline: Which Is Better + What’s the Difference?

Eye Serum vs Eye Cream: Which Is Best for Your Skincare Needs?