MAC By Request - Vote for the LE shades YOU want to see again!
Skip to content There are many things we love about MAC Cosmetics – their top quality formulas, chic packaging and vivid colors – but one of their best traits of all is that they truly listen to their customers.

Never afraid to keep moving forward, MAC is known for constantly producing new hues and collections, often based on the feedback of you – the consumer. In fact, for the upcoming MAC By Request collection, it’s YOUR TURN to decide what shades make the cut!

MAC has selected 18 of their most popular, yet sadly discontinued shades (the ones fans keep asking for, months, even years after they vanished from the shelves) and will be re-issuing the nine shades in the MAC By Request collection based on YOUR favorite.

Head on over to the MAC Facebook page until March 30 to cast your votes and make your voice heard!

We’re inviting M·A·C fans to vote for their favorite shades starting March 12 on Facebook. 18 popular lipsticks, lipglasses and eye shadows have been selected from past collections; the three shades with the most votes from each category will come back as an online exclusive, limited edition collection.

Voting opens to all Facebook fans March 12 – 30. The collection will be available online in North America in August and internationally Fall 2012.

I’ve got my fingers crossed Moth Brown makes the cut – it’s the one brown hue my eye shadow collection is missing and I’ve coveted the cult favorite for years.

we heartsters – What is your favorite discontinued MAC color? 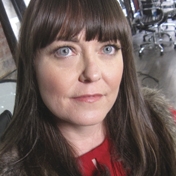 tyna
Tyna is a former editor and co-founder of we heart this that worries about becoming a crazy cat lady, reads at least a book a week, checks in at a Flyers fan forum every morning and is forever organizing her closets and drawers.
skin tone: NW 20/25
skin type: combination
favorite beauty product: eye shadows and lip balms

Latest posts by tyna (see all)

7 thoughts on “MAC By Request – Vote for the LE shades YOU want to see again!”